I think the Park Hyatt Vendome in Paris is the most reviewed hotel in the entire world. Would you like to read another review of it, written in my inimitable style and peppered with my profanity-laden observations? Fuck yes you do! Delve into it after the jump. 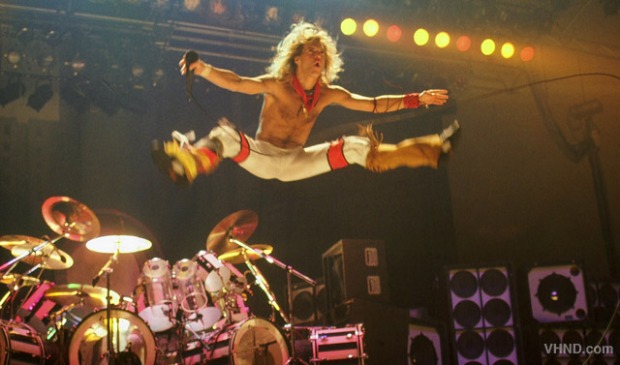 Again, I didn’t take a bunch of photos, because you already know what this hotel looks like. You know there’s marble throughout the lobby, abundant gold trim, dark brown wood paneling, and nightmarish beef jerky monster sculptures everywhere you look. You either love it, hate it, or don’t really care either way. I don’t love it, but I do appreciate that it’s unique and certainly unlike any other hotel I’ve ever stayed at. Part of the fun of being on vacation is the environment, so I’d prefer bold but ultimately ugly decor over monotonous sterility, such as this Hilton hotel room in which I’m writing this post.

Like most, I used the sign-up bonus from my Hyatt credit card to book these rooms. I got them in right under the wire, since my free room certificates expire at the end of September. I then used 120,000 Hyatt points (many transferred over from Chase) to book the other four nights. I realize that the two other Hyatts in central Paris represent a better value, but I wanted to stay at this hotel at least once just to see what all the fuss was about. Was it worth it? I don’t know; I mean, I’ve since signed up for an Ink+ and a Sapphire Reserve, so I have a shitload of Chase points and don’t really miss the ones I used to book this hotel. From a cost per point perspective, I got a good return, but the larger issue (which is something I’ve mentioned elsewhere on this blog) is that I’d never pay for a room here in cash, so if I ever wanted to stay here, this was my only option. If you’re really rich, sure go ahead and book this hotel (while you’re at it, book a higher room category)… if you’re like me and can’t imagine spending $800 per night on a hotel room under any circumstances, sign up for the Chase Hyatt card and do what I did.

What about the hotel itself? It was really nice. It wasn’t my favorite place I’ve ever stayed, but I appreciated all the fancy touches. The soap and shampoo smell really good, and housekeeping refills them every day, even if you haven’t used up the ones from the day before. This means that after six days, I have around 10 bars of soap and a bunch of shampoo and conditioner, so that raises the overall value proposition. I like that the floor of the shower is heated, and that the mirrors don’t fog up. I like that there’s an espresso machine as well as fancy tea. I like that most of the room’s functions are controllable from the bed, and the blackout curtains are the best I’ve ever seen. The room we stayed in was on the small side – even smaller than the stock photos of a queen bed room that Hyatt has online. I was kind of annoyed, because Hyatt Platinum status is supposed to get me an upgrade, although I have never once received one. I stay at Hyatts a lot, and every time I book a standard room, that’s where I end up. That being said, our room at the Park Hyatt was laid out very intelligently, and we didn’t feel cramped at any point. The liberal use of mirrors, sliding wall panels to close off the bathroom, and high ceilings make the room feel much bigger than it is. I’m really glad I didn’t take Hyatt up on their offer to upgrade to a king executive room for 90 Euros per night. Sure, suites are great, but how much time do you really spend occupying every square foot of a suite? And do you do it because you really want to spread out, or simply because you can?

Service-wise, I thought the Park Hyatt was fine. They offered us a choice of rooms when we checked in (all of which were the same size), and they mostly left us alone during our stay. The few times they did need to get in touch, they did so via discreet cards left in the key slot, rather than calling, knocking, etc. It was clear that we could ask for whatever we wanted, even though we didn’t really need to.

One thing to note about this hotel is that even if you book it on points, you still may end up spending more than you planned, since everything here is crazily expensive. A Coke from the minibar is 13 euros. A plate of pasta and tomato sauce from room service is 32 euros. You get free Evian every day, but Evian is fucking disgusting, so you’re going to have to buy other water that doesn’t taste like a family of rats used it as a swimming pool. However, they do offer one nice perk to Hyatt Platinum members, that being 50% off breakfast (which normally costs 44 euros for the full buffet, or 50 euros if you want eggs). Of course, Diamond members get the breakfast for free, but they’re assholes who get everything they want anyway. But yeah, the breakfast here is AMAZING, and (in my opinion) totally worth 22 euros. We didn’t have it every day, but we did treat ourselves a couple times, and it was awesome. We certainly wouldn’t have paid full price, though, because you can’t throw a rock in Paris without hitting a delicious, fluffy croissant, so why blow 100 euros for two people to eat at a buffet? 44 euros, though – no problem.

What about the downsides (aside from the absurdly priced minibar)? The main downside for me is the location. I’ve spent a lot of time in Paris, and I hate the Place Vendome/Opéra area. It’s busy, full of snobs, and not fun at all. I learned that I don’t like the ritzy side of Paris, because it’s all flash and no substance – you can have the same experience shopping at Bulgari, Cartier, and Piaget in Las Vegas; the only difference is that the buildings in Paris are fancier. The last time I was in Paris, I stayed in an AirBNB over by the Canal St. Martin, and it was great. This trip, we still ended up spending most of our time over there or in some combination of the Marais and Bastille areas, and it made me wish there were some nice hotels over there instead of them all being located within that shitty triangle of luxury between Vendome, Madeleine, and Opéra. For that reason alone, I wouldn’t stay here again.

Overall, though, we had a great stay. We both felt like the hotel provided everything we wanterd to make our stay in Paris as pleasant as possible, plus a number of nice extras. The location sucks, but that’s in the eye of the beholder. If you want to stay in the poshest neighborhood in Paris, you’ll love it. If, however, you like exploring narrow curvy streets with unusual boutiques, neat cafes, and surprisingly good restaurants, you’ll be disappointed like I was. Still, Uber is pretty reasonable even on surge pricing, you have a smorgasbord of Métro stations to choose from, and you could also just stop being so lazy and walk somewhere for a change. It’s not like you’re isolated on a private island or something, you’re barricaded behind $100,000 watches. STAY AT THE PARK HYATT VENDOME. OR DON’T. IT’S NICE BUT IT WON’T CHANGE YOUR LIFE.