I can’t remember why I was looking at availability to Taiwan yesterday, but I was, so here we are. I don’t have any upcoming travel there, so I guess I was just curious. The nice thing about flying to Taipei is that you have two really nice options to get there. China Airlines just started flying their new A350, and EVA flies a handsome 777-300ER. Aside from airlines with a dedicated first class cabin, these look like two of the comfiest ways to cross the Pacific.

On the SkyTeam side, China Airlines SFO-TPE is wide open for small groups (most days have 2-3 seats).

And here’s a stock photo of what you can expect for your 80,000 miles: 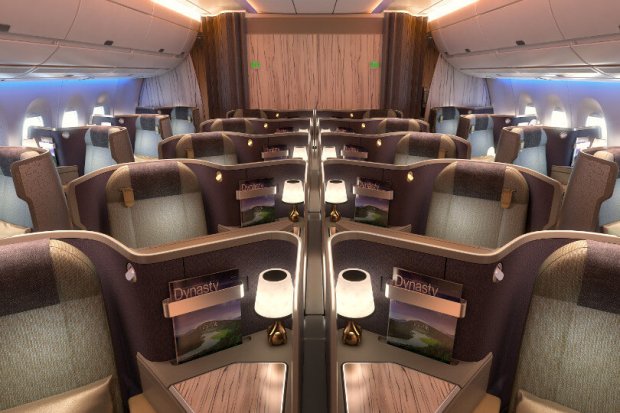 The A350 is the plane I most want to fly on, and this configuration is one of the nicest I’ve seen. I think I prefer the Finnair cabin due to my affinity for Scandinavian things, but now we’re getting off-topic.

Checking other West Coast cities brings up itineraries that feed domestic connections into the SFO route, so unfortunately it’s not a bonanza up and down the coast. Still, a short flight followed by some lounge time at SFO and then 13 hours on this A350 sounds pretty damn agreeable to me.

Looking at Star Alliance, EVA is similarly available, although not quite as open as China Airlines:

Despite the “nonstop” filter being checked, not all of these flights are nonstop SFO-TPE. However, the days with connections are feeding you into long-haul routes into TPE from either LAX or Vancouver – so still pretty good. If you look at the above graphic as showing general transpacific availability on EVA with a possible domestic connection, then it’s accurate.

Here’s a picture of EVA’s cabin, which was strangely hard to find, by the way. (Not that pics are hard to find in general, it’s just really hard to find an official photo from EVA and not one from One Mile at a Time.) This photo sucks, but basically it’s a clean-looking reverse herringbone seat, and given the width of the 777, it gives you about as much room as you’re going to get outside of first class. 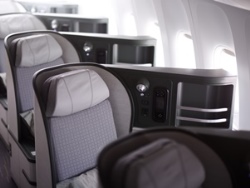 If I had to choose, I’d pick the China Airlines flight because of the A350 factor and the fact that I’m sitting on more Delta miles than I’d like to be. However, it’s hard to argue against either of these. I just opened up a new distributor for my company’s products in Taiwan, so maybe I should go visit them in person. Hmm…