Our flight from Amsterdam to Copenhagen arrived around 4PM, which left us the option of taking the 6PM Atlantic Airways flight to the Faroe Islands or staying in Copenhagen overnight and flying out the next morning. I didn’t love the idea of arriving in the Faroes at night, finding our rental car, and driving in the dark to our tiny little village… and given the snowy condition of some of the roads, I’m glad I chose the overnight layover option. We didn’t plan to see Copenhagen at all, so we really just wanted something close to the airport. There’s actually a very decent hotel attached to CPH airport — it used to be a Hilton, but it rebranded as a Clarion hotel a year or so ago. All things being equal, we would have just stayed there like we did last time, although I had an IHG free night certificate to burn, and the Crowne Plaza is only one stop away by train. It ended up being my first taste of Denmark (since we stayed in the airport hotel last time), but the location isn’t really what people think of when they think of Copenhagen… in fact, it looked fairly indistinguishable from the scenery of suburban Chicago where I grew up.

The hotel itself is located in a big office tower complex, so you can either enter through the office building (if your’e coming from the street), or through a dedicated hotel entrance that’s located on the opposite side of the building. 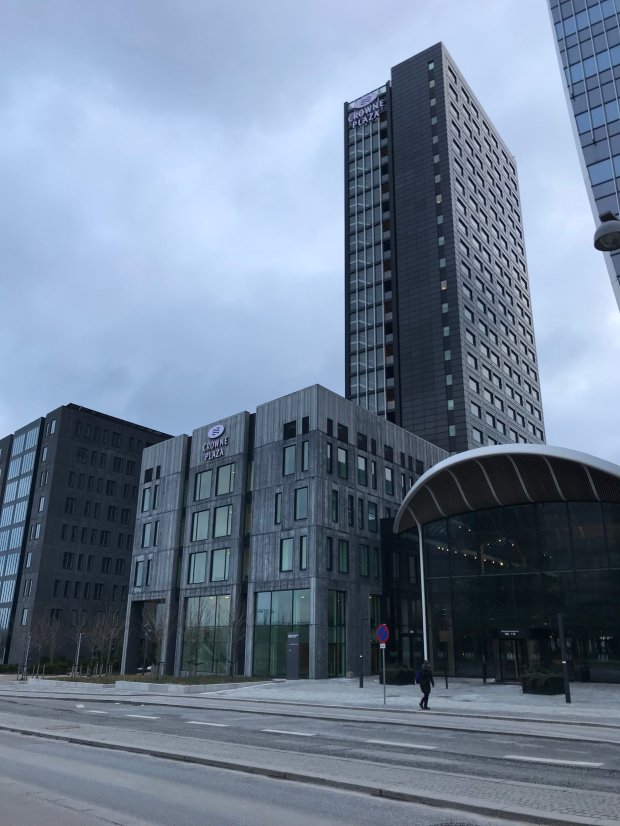 The office building atrium is actually pretty nice, so the hotel has that going for it. 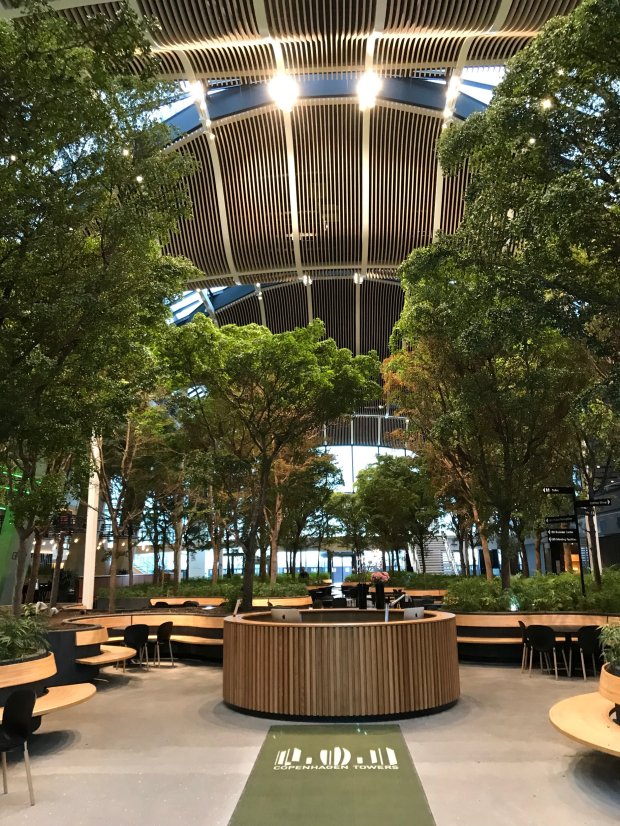 It’s only a short walk, and then you’ll be in the hotel’s lobby.

The woman checking us in immediately recognized my IHG Platinum Status (which I earn through my IHG Credit Card from Chase) and gave me the option of welcome amenity points or two bottles of water. She also gave me two drink coupons for the restaurant in the office building atrium (which I guess doubles as the hotel’s restaurant). Finally, she said that I had been upgraded to the executive floor, but that I wouldn’t have access to the executive lounge. That seemed awfully bizarre to me, but I didn’t really care about lounge access given that our plan was to leave early and get breakfast in the Aspire Lounge at CPH airport. Still, I’ve never heard of getting upgraded to the executive level but not getting access to the lounge. The executive rooms at this hotel are slightly nicer then the rest of the rooms at the hotel, though, so it wasn’t a totally meaningless upgrade.

The room was comfortable and included a king-size bed with two separate narrow comforters (as is the style in Scandinavia), a large working desk, and views of the nearby office buildings. The bathroom was nicer than I was expecting, with a soaking tub and a really high-pressure shower. On to the photos:

Justine especially appreciated the standard Crowne Plaza aromatherapy stuff, and she used the lavender sleep spray every night for the rest of the trip. 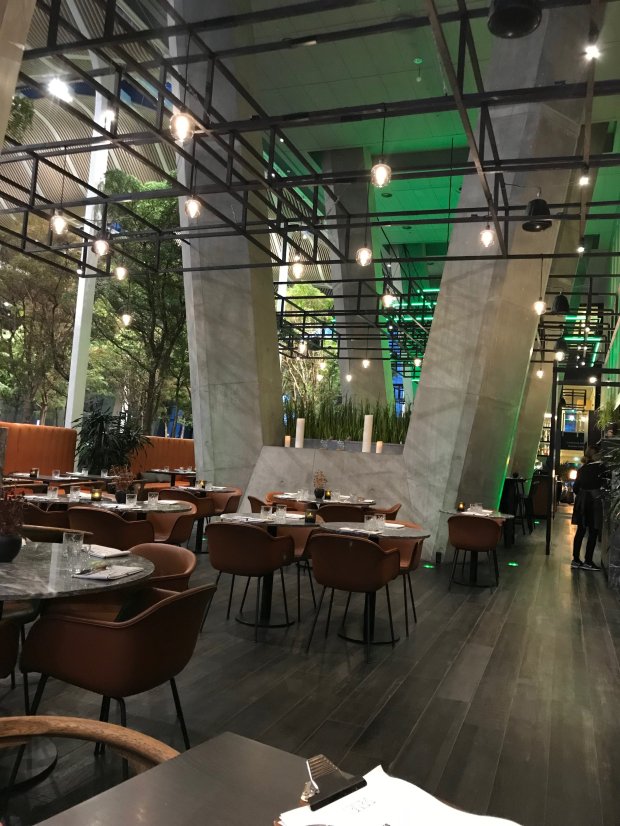 I’m not that familiar with Danish food, but this restaurant felt distinctly American in that seemingly everything was deep fried. The appetizers were just these weird nondescript fried shapes, and, well… 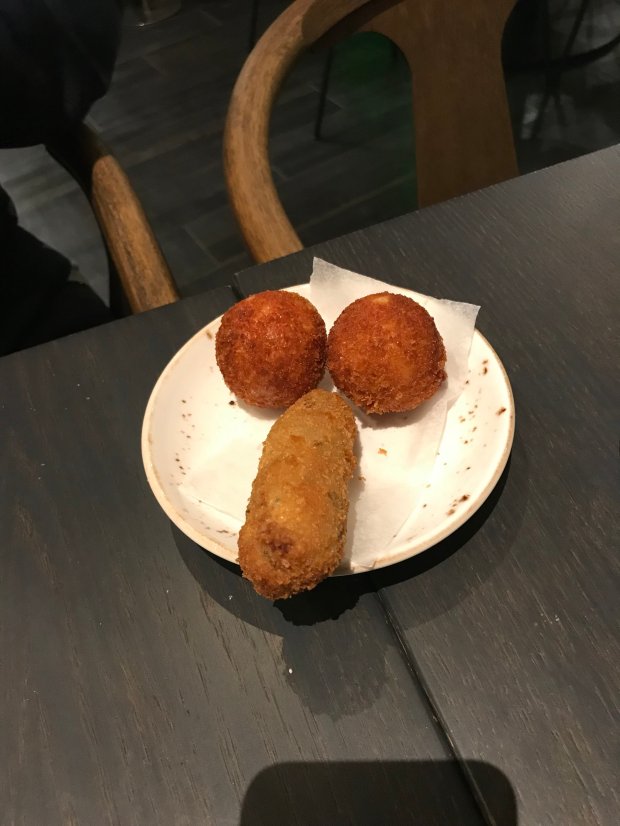 While I wish I could tell you that at 37 years old, I no longer feel the urge to make dicks out of my food (in restaurants no less), I can’t tell you that. Quite the opposite, in fact.

Is that a weird note to end a hotel review on? I suppose it is, but here we are. The bottom line with this hotel is that it’s perfectly fine for a night, although if I were spending any more time in Copenhagen, I’d much rather find a hotel closer to the city center. It was a decent use of the IHG free night certificate, since both this hotel and the airport hotel were over $200, and the airport is easy enough to get to/from that I didn’t mind not staying right next to it. I guess there isn’t all that much to say about it… it’s a clean, comfortable business-y hotel near an airport. If that’s what you’re looking for, go nuts.